Who is your favourite celebrity chef?

All foodies have one, mine is the delightful Hugh Fearnley Whittingstall from River Cottage. He focuses on organic, paddock to plate, foraging cooking and this recipe is guided by one of his.

Autumn in my opinion is a much forgotten season in terms of food seasonality in Australia, but in Europe each season is celebrated with the coming of a vast array of delicious and versatile foods, especially vegetables.

Leeks are a great autumn product. In this recipe it is paired with one of its most beloved bedfellows, bacon. I use streaky bacon from the local Istra providores in Castlemaine with The Organic Place leek, freshest mussels and good quality cider and mustard it is a stand out dish. 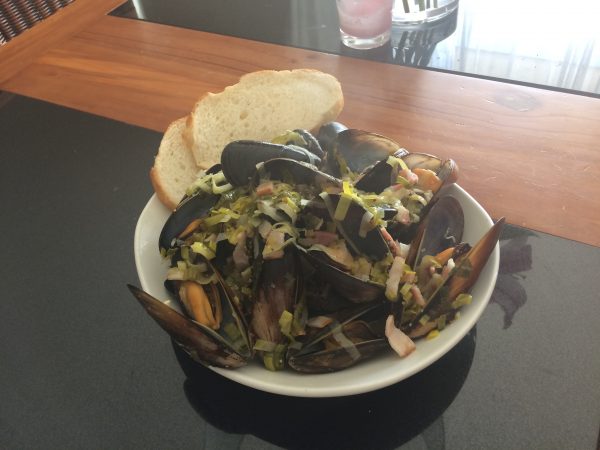 Mussels in Cider and Bacon

Salt (if you want to, the bacon provides its own salt so test the liquor before adding salt) 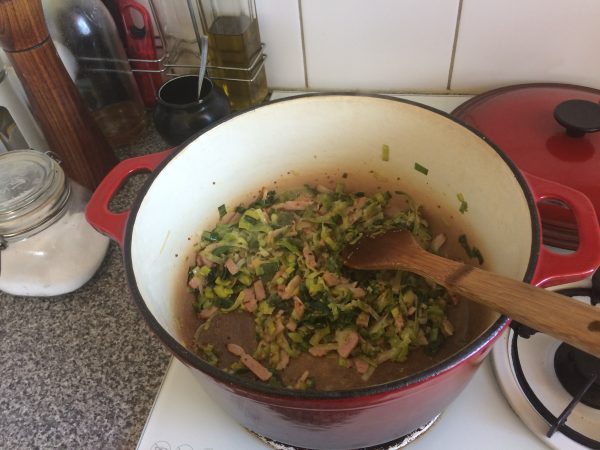 In a heavy based pot with a lid, melt the butter and the olive oil on med-high heat and add the pepper.

Slice the leeks medium thin and add to the pot. Gently sweat the leeks for about 2 minutes until they collapse.

Add the diced bacon and mustard and cook for a further 2 minutes.

Add the Cider and bring to a rapid boil with the lid on.

Only cook for 3-5 minutes until all the mussels have opened. Discard the ones that haven’t.

Serve in a large share bowl with crusty white bread for dipping into the delicious sauce. 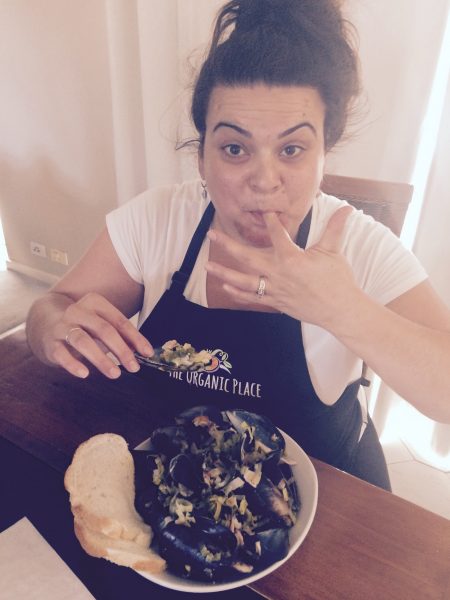